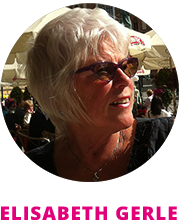 Being, belonging, and borders: Scandinavian creation theology as political theology

Desire for life and protecting lives has come to the fore during the pandemic. Borders have been closed to stop the spread of Covid-19. The virus does not respect borders, yet physical distance is crucial. Three things have become clear. One is the level of uncertainty about which measures are most efficient. The other is that the neo-liberal philosophy with “just in time” deliveries on a global market has made everyone vulnerable and invited national protectionism rather than collaboration. A third insight is that the lack of borders between wild and tame animals and human beings is connected to the emergence of the virus itself, where rain forests are exploited for short sighted profit. In the midst of this, a cry for Being, for Life, and Human Flourishing, can be heard as an underlying drumbeat. In relation to this I ponder Being in relation to Belonging and to Borders. I first describe a political landscape where neo-nationalist, and neo-atheist, claims for belonging, have emerged all over the world, and hence emphasized strong borders between different people, but not for capital. Secondly, I draw on resources from Scandinavian Creation Theology, especially Grundtvig, Aulén, and Wingren to paint a planetary vision with porous borders, beyond patriarchy, populism, and protectionism. In the long run there is no opting out of the planetary vulnerability. I launch the term eschatological creation theology for a creation theology that allows creation to be inspired by the Kin-dom to come with righteousness and life in abundance.

Abstract
This article focuses on bodily care as the basis of economy. Drawing on Luther
and Scandinavian Creation Theology, with an emphasis on shared situatedness
and society, I discuss contemporary threats to welfare states. Conservative arguments in favor of family and small communities, combined with charity, provide
a cultural/religious alibi for a global “neoliberalism,” where citizens are replaced
by customers, and where power and resources from professions are transferred to
controllers, due to the logic of NPM. In a critical discussion with Hannah Arendt,
I argue that we need a politics that reinforce and develop new social contracts,
national as well as international, based on an inclusive demos. A pre-political
Lutheran ethos can give inspiration to act for the common good, transcending
any homogenous ethnos. The local and national are crucial for sustaining body
and mind. However, this is increasingly combined with global and planetary
entanglements. Interdependency reveals itself as planetary, where disappearing
rain forests, melting icebergs, and the ongoing extinction of species are threats
to our shared future. Therefore, rather than emphasizing the individual as a consumer on a global market with neutral administrators administering control and
obedience, new kinds of contracts are needed. Core values of the pre-political,
such as care for bodily life and minds, may, in collaboration with national and
international political assemblies, develop a planetary consciousness able to act
for the common good, for a global demos with structures of solidarity.